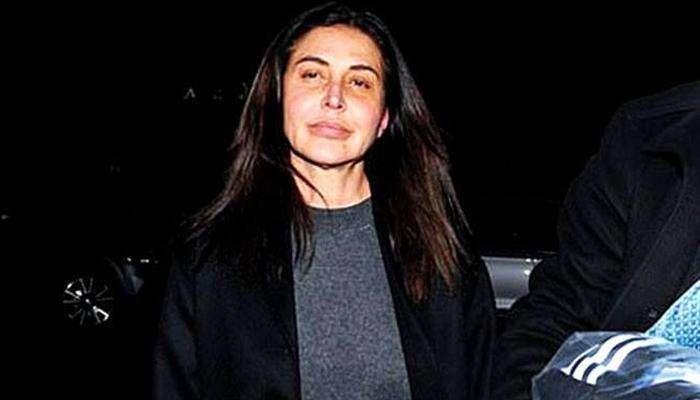 Zamira Hajiyeva, currently fighting the UK's first Unexplained Wealth Order (UWO), used 54 credit cards - many of which were linked to her husband's bank - to go on a massive spending spree in the west London department store over a decade.

Mrs. Hajiyeva risks losing her £15m home near Harrods - plus a Berkshire golf course worth millions more on top - if she fails to explain the source of her wealth to the High Court.

Her husband is serving a 15-year sentence in their native Azerbaijan for stealing millions from his state-controlled bank.

Last year, the BBC and its media partners won a legal battle to name the mother of three after the High Court ordered her to disclose how she had become so inexplicably wealthy despite having no income other than interest on her British bank accounts. If she cannot account for her riches, she risks losing her property.

The papers in the battle against the National Crime Agency, now seen for the first time, reveal the painstaking investigation into Mrs Hajiyeva's day-to-day spending and complicated off-shore property arrangements.

She also splashed out £4.9m on Boucheron and Cartier jewellery and £300,000 on French couture label Celine. A further £251,000 was spent in the famous toy department and tens of thousands on Disney princess experiences at the Bibbidi Bobbidi Boutique.

Hajiyeva’s bills shows she regularly stopped off for a break at designer Tom Dixon’s sandwich cafe. A hog roast sandwich and crisps at the now-defunct cafe cost £13.90, but Hajiyeva managed to ring up a total of £332,000 at the till.