John Prescott in hospital after suffering a stroke 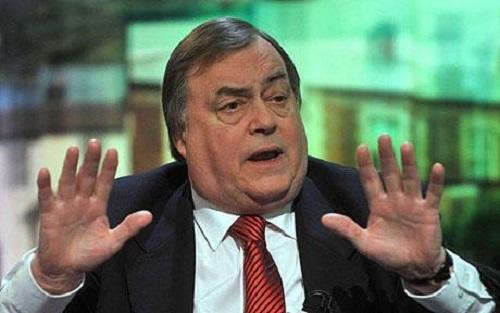 The sudden incident is likely to send shock reverberations throughout the Labour leadership, among whom Prescott is considered a veteran.

The UK's former Deputy Prime Minister, John Prescott, has been admitted to hospital following an alleged stroke, his family has said.

A statement on the 81-year-old senior Labour official's Twitter account said that he was taken to Hull Royal Infirmary on Friday, with the information only now being made public.

Mr Prescott's family released a public statement praising the "excellent care" Mr Prescott received from the National Health Service (NHS) elaborating that, "we would like to praise the swift actions of the ambulance staff and the doctors and nurses at Hull Royal Infirmary's A&E [accident and emergency] stroke unit."

"They have been remarkable and we cannot thank them enough. He is receiving excellent care from the NHS but we would respectfully request at this time that John and our family are given the privacy we need so that he can have the time and space to make a full recovery," the family added.

Prescott is most known for filling the seat of Deputy Prime Minister from 1997-2007 and was the member of parliament for Hull East from 1970 until he retired from the job in 2010. He made a surprise return to Britain's political scene in 2015 to act as an adviser to then-Labour party leader, Ed Miliband.