US urges the conflict parties to return to negotiations 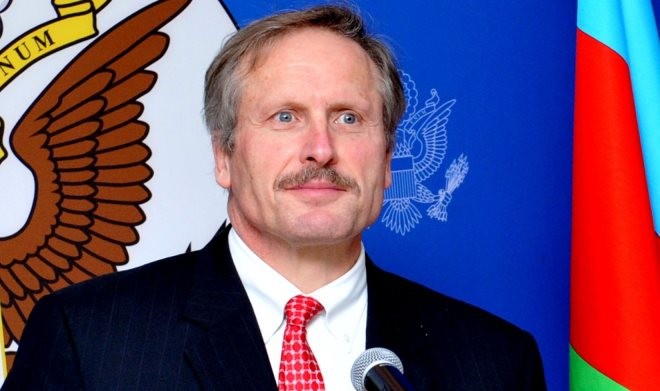 The United States urges the parties to the Nagorno-Karabakh conflict to return to the negotiating table for a comprehensive peace agreement, US ambassador to Azerbaijan Robert Cekuta told reporters in Baku May 11.

The US and other countries are concerned over the current situation in Nagorno-Karabakh, the ambassador said, noting that there is no military solution to the conflict.


Cekuta stressed that the Minsk Group co-chairing countries are making every effort to involve the parties in negotiations towards a comprehensive peace agreement.


The ambassador called on the parties to abide by the ceasefire regime and begin working on a comprehensive peace agreement.


He added that both US co-chair of the OSCE Minsk Group James Warlick and State Secretary John Kerry continue their efforts to achieve a peaceful solution to the conflict.