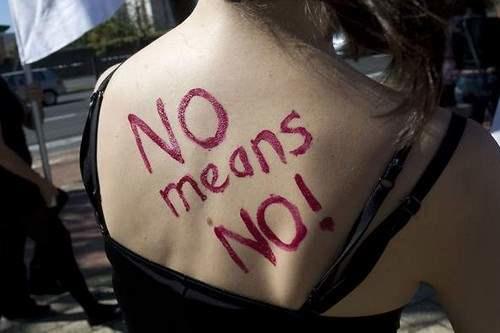 UK parliamentary staff face an unacceptable risk of sexual harassment, being shouted and sworn at and having objects thrown at them in Britain’s lower house, according to an official report on Thursday 11th July.

Axar.az reports citing British media that it was an open secret, but hidden because the staff was afraid to complain fearing it would be “career suicide”. A report led by Gemma White, QC, found that parliamentary staffers were subjected to harassment including “very serious” sexual assault, sexist comments and even lawmakers sharing explicit details of their own sex lives.

The report, gathered in an 18 month period and based on information from more than 200 people, said abuse was widespread and that workplace harassment in Westminster had been accepted for far too long.

Discriminatory behaviour from MPs was also said to include “making racist, anti-semitic, Islamophobic comments and choosing to employ, or not to employ people because of their gender, sexuality, race or religion".

These short explanations are heartbreaking enough to not go through in more detail. The culture of secrecy has lasted for generations in Britain’s corridors of power, where corruption and decadence has become steeped in tradition.

We don’t need to look too far back; earlier this year, 'Evidence of cocaine use' found throughout the Houses of Parliament and of course in areas where members of the public are restricted from going. The powder was detected in toilets used by guests at Parliament's bars, as well as cubicles a few yards away from the offices of MPs.

Unsurprisingly, just a few weeks ago the original candidates of the Conservative leadership race came clean about their history of illicit drug use.

There was the revelation that Michael Gove had admitted to snorting cocaine, "on several occasions", before being elected to Parliament. Boris Johnson admitted to smoking cannabis and doing a solitary line of coke in his youth. Jeremy Hunt drank a cannabis latte while backpacking in India; Andrea Leadsom smoked a spliff in her university days; Rory Stewart smoked opium while pottering around Iran, while Dominic Raab said he'd smoked weed as a student at Oxford.

In 2018, more than 24,000 attempts were made to access pornographic websites in the Houses of Parliament since the general election. The figures, from between June and October last year, average out to around 160 attempts to connect to sexually explicit sites per day from computers and other devices which are used exclusively by MPs, peers and staff.

Two MPs were suspended in 2018 following allegations of sexual harassment and abuse. Charlie Elphicke had been accused of rape by a former staff member, while Andrew Griffiths had sent thousands of text messages to women in his constituency containing explicit comments.

Until recently, many disturbing stories have remained whispers between colleagues in British private offices, but they will not be private anymore. Wait for more!