Hitler had met Stalin in Lviv in person - Kravchuk
﻿ 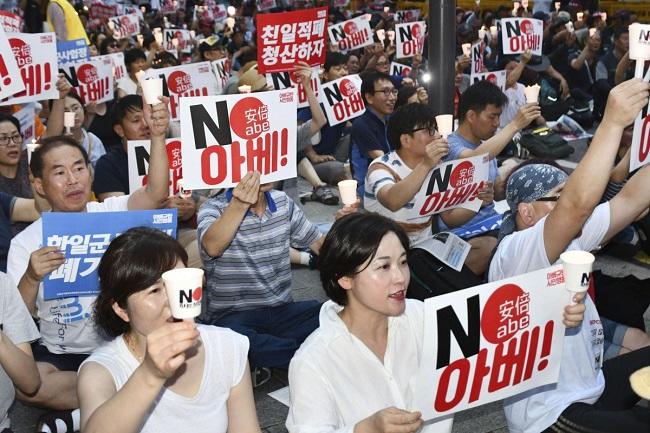 Tokyo issued a travel advisory to Japanese citizens visiting South Korea, ahead of crucial anniversaries this week, urging them to be cautious about safety as ties between the neighbors worsen over trade and historical issues.

Axar.az reports citing Reuters that South Korea commemorates girls and women forced to work in Japan’s wartime brothels on August 14 and marks August 15 as a national day of liberation from Japanese rule, which ran from 1910 to 1945.

The ministry has issued similar travel advisories earlier this month ahead of protests expected near Japan’s embassy or consulate in South Korea.

Relations between the two countries have deteriorated since a ruling by South Korea’s Supreme Court last year that Japanese companies should compensate South Koreans who were conscripted as forced laborers during World War Two.

Japan hit back at South Korea on Tuesday for removing Tokyo’s fast-track trade status, with the industry minister saying Seoul had failed to explain its reason for the latest move in an escalating trade row.

Seoul’s action was a response to Japan’s announcement this month that it was dropping South Korea from its own “white list” of countries that have enjoyed minimum trade restrictions, citing an erosion of trust.