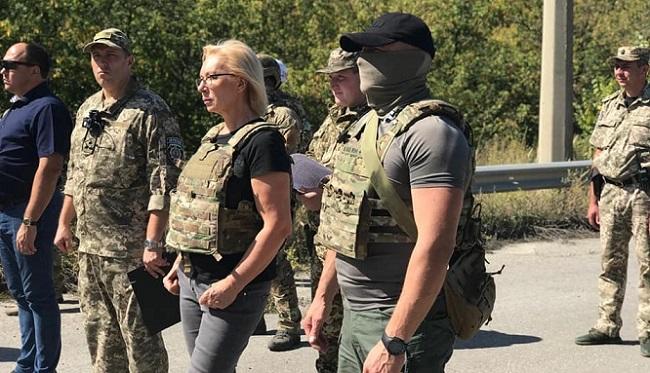 Such transfer of prisoners from occupied territories of Donbas takes place for the seventh time.

“Convicted citizens of Ukraine who were serving a sentence in the penitentiary facilities on the moment of occupation of the part of Luhansk region were transferred today near the town of Shchastia. Such transfer took place seven times,” she reported.

According to the Ombudsman, 54 people were returned to Ukraine from the so-called Luhansk People’s Republic. The youngest Ukrainian among the convicted people is 26 years old, and the oldest – is 61 years old.

These convicted Ukrainians were living on the territory of Luhansk, Donetsk, Kharkiv, Zaporizhia and Kirovohrad regions and Kyiv. Denisova notes that one of the transferred prisoners will be released on September 12 because of the termination of serving punishment.