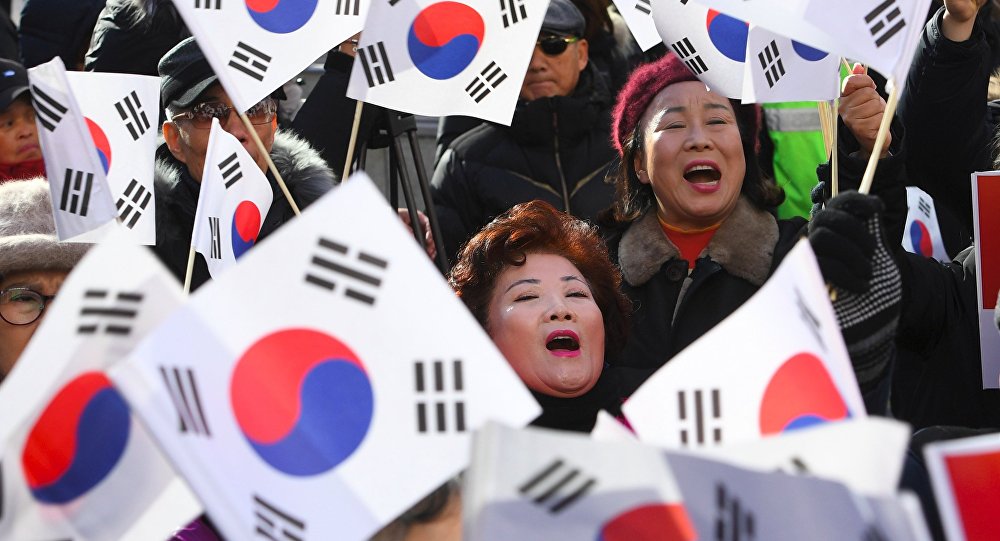 Tens of thousands of government supporters gathered in South Korea's capital for the fourth straight Saturday to show their support for President Moon Jae-in's justice minister, who is enmeshed in an explosive political scandal that has polarized the nation.

Axar.az reports citing ABC News that carrying banners and signs that read "Protect Cho Kuk; Reform the Prosecution," the protesters occupied an avenue in front of the Seoul Central District Prosecutors' Office, as they did in previous weeks. They expressed anger over what they saw as an excessive probe by state prosecutors aimed at intimidating the minister, Cho Kuk, whose plans to reform the country's justice system include curbing prosecutors' powers.

Huge crowds calling for Cho's ouster have marched near Seoul's presidential office in recent weeks, demonstrating how the months-long saga has deepened the country's political divide.

A smaller number of anti-Cho protesters also rallied in streets near where the pro-Cho protesters gathered, but there were no immediate reports of major clashes between the two groups as of Saturday afternoon.

Police, who deployed around 5,000 officers to monitor the rally, did not provide an official estimate on the size of the crowd, which appeared to be in the tens of thousands.