Khojaly Genocide was commemorated in OIC 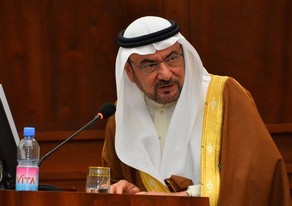 In commemoration of the 24th anniversary of the massacre in the Azerbaijani town of Khojaly, the Secretary General of the Organization of Islamic Cooperation (OIC), Iyad Ameen Madani, has paid tribute to all those who lost their lives on 26 February 1992 atrocity.

According to the information of press service of the organization, General Secretariat of the OIC reiterated that the Khojaly incident resulted due to illegal occupation of Azerbaijani territory by Armenia, referring to the resolution adopted by the 42nd Session of the OIC Council of Foreign Ministers (CFM), held in Kuwait in May 2015, which condemned this massacre.

The General Secretariat of the OIC further reiterated its full support to the initiatives and efforts of the Republic of Azerbaijan to put an end to the occupation of its territories and to restore its territorial integrity.