Too early to talk about deploying peacekeepers in NK 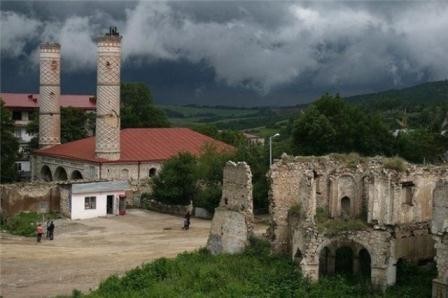 It’s too early to talk about deploying peacekeepers in Nagorno-Karabakh, Alexei Pavlovsky, Director of the Fourth Commonwealth of Independent States (CIS) Department at the Ministry of Foreign Affairs of Russia, told Armenian reporters in Moscow.

Peacekeepers may be deployed in Nagorno-Karabakh at the initial stage once an agreement on the conflict is reached, according to him.


“There is no need to rush forward about this matter, but we need to go back to it in accordance with its actuality,” he said.


Pavlovksy went on to say that the possibility of deploying peacekeepers in Nagorno-Karabakh can be seen on the regulation schemes on the negotiation table, starting from the Madrid principles.

He noted that the foremost issue is to support the fundamental idea that there is no military solution to the Nagorno-Karabakh conflict.

“This idea is doubted, sometimes rhetorically, sometimes practically. Russia and the other co-chair countries should confirm their position on paper once and for all that the agreements reached in 1994-1995 remain fundamental for continuing the ceasefire and peace process,” he said.

“No one has made such a proposal officially,” he stressed.