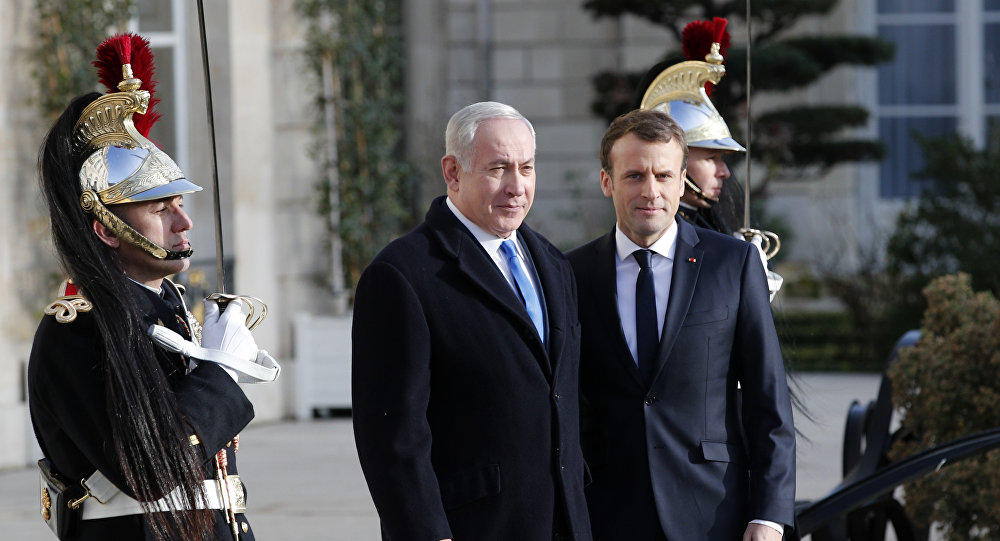 Tehran has stated that its cooperation with the International Atomic Energy Agency will be reviewed after the EU nations announced earlier in the month that they would initiate a dispute resolution mechanism under the Iranian nuclear deal.

"In the current context, France is determined that Iran never acquires a nuclear weapon, but also that we avoid all military escalation in the region," Macron said.

At the same time, Netanyahu has called on France to introduce sanctions against Iran over the latter's move to continue enriching uranium.

Macron arrived in Israel for a two-day visit ahead of commemorations marking 75 years since the liberation of the Nazi Auschwitz extermination camp.