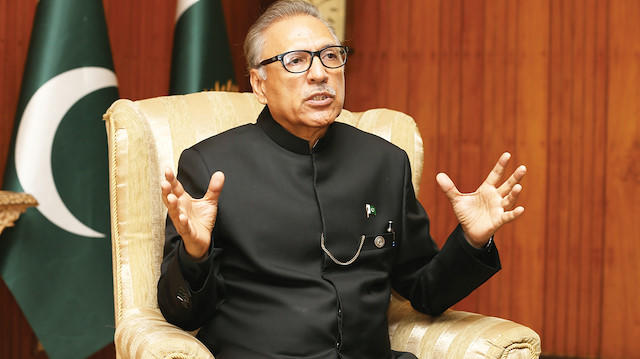 Last week, Pakistani President Arif Alvi and provincial governors held a meeting with Sunni and Shiite clerics to convince them to close mosques for congregational prayers across the country amid rapidly increasing COVID-19 cases in the country.

"We can in no way close mosques ... It is not possible in any circumstances in an Islamic country," said Muneeb-bur-Rehman, a cleric who attended the meeting.

The clerics' blatant refusal to shun collective prayers has raised doubts about Pakistan's resolve to fight the pandemic, which has killed at least 25 people in the country and infected nearly 2,000. Earlier in March, when coronavirus cases in Pakistan were relatively lower, the federal government allowed Shiite pilgrims from Iran to return to the country through Baluchistan province. The pilgrims were not properly quarantined, which resulted in a spike of infections.

Also, the government allowed thousands of Sunni worshippers to go ahead with the "Tablighi Jamaat" congregation in Punjab province. Many of the new COVID-19 cases have emerged from that mass gathering.

Health experts say the government's measures are inadequate, fearing that the number of coronavirus cases in the South Asian country could increase exponentially in the coming weeks.

Many Pakistanis have refused to offer their prayers inside their homes, saying that religion is more important than anything else.

"I offered prayers in the mosque on Friday. More than 300 people were in attendance and it looked like a routine Friday prayer," Muhammad Ashraf, a kiosk-owner in Islamabad, told DW.

"The mosque is a safe place. I don't fear coronavirus," Ashraf said, adding that he intended to attend the next Friday prayer as well.

Many Islamic countries have shut down mosques and banned mass prayers after the emergence of coronavirus cases. Saudi Arabia even closed down Islam's holiest site, the Kaaba, and other sacred mosques to contain the spread of COVID-19. But even these examples did not deter many Pakistanis.

"The pandemic is spreading due to our sins and because we are not following the teachings of Islam," Ejaz Ashrafi, a senior cleric belonging to the Tehreek-i-Labaik (TLP) Islamist party, told DW.

Ashrafi leads the Friday prayer at a mosque in the eastern city of Lahore. "People are still going to supermarkets, yet the state only wants to shut down mosques. We will continue to offer prayers in the mosques," he said.

Fawad Chaudhary, the federal minister of science and technology, told media that the coronavirus is spreading in Pakistan "due to the ignorance of religious clerics." Islamist groups decried Chaudhary's statement.

Rights groups say the government must act strictly against the clerics who are defying its orders.

"The laws clearly state that anyone who deliberately spreads diseases should be imprisoned or fined. Prime Minister Imran Khan's government seems to be completely helpless," Osama Malik, an Islamabad-based legal expert said.

Khan reluctant to impose a lockdown

On Monday, Prime Minister Khan spoke to the nation in a televised address (his third in the past three weeks) and argued that the country did not need a complete lockdown. He said that his government could have shut down entire cities but chose not to do it because at least 25% of the country's population would have died of hunger.

"Lockdown is the only way to stop the virus from spreading. The cases are expected to rise in the coming weeks if religious gatherings are not banned across the country. Clerics should understand the seriousness of the situation," Dr. Qaisar Sajjad, secretary-general of Pakistan Medical Association, told DW.