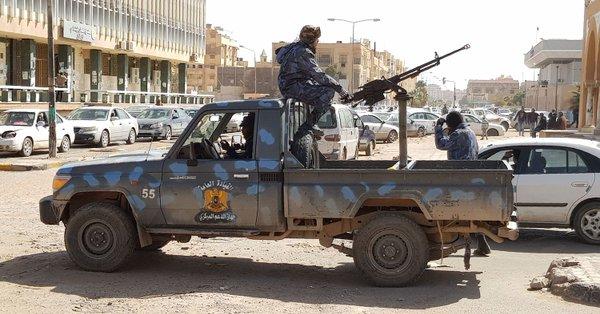 We will adequately respond to the attack on the Vatiya military base.

Axar.az informs that, the statement came from Deputy Defense Minister of the Libyan National Accord Government Saladin Nemrush.

"This attack, organized by foreign fighters supporting the war criminal (Khalifa Haftar), is a failed attempt to manipulate the glorious victory of our army. The targeting of strategic institutions in Libya shows that some countries are involved in these attacks. We will respond to this attack at the most convenient time and place," Nemrush said.

It should be noted that Vatiye air base was attacked by unknown fighters. Some sources claim that Russia was involved in the incident.