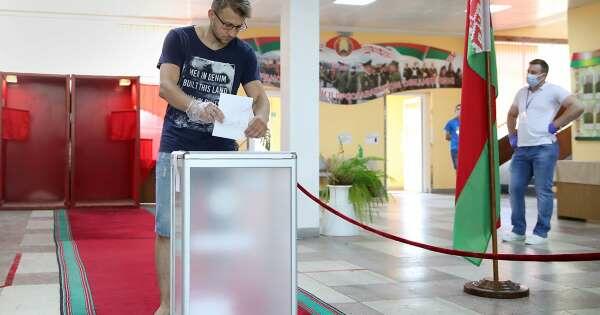 The voter turnout in the Belarusian presidential election hit 45.33% by 10:00, the head of the Central Election Commission, Lidiya Ermoshina, told reporters.

In general, the situation at the election is calm and "no alarming reports have been received," she said.

Incumbent President Alexander Lukashenko, who is running for his sixth term, and one of candidates Anna Kanopatskaya have cast their vote in the Belarusian presidential election.

More than 5,700 polling stations opened in Belarus on Sunday and 44 ballot stations were set up abroad.

The statement came from Deputy Chairman of the Central Election Commission of Belarus Vadim Ipatov.

Belarus's Central Election Commission has announced the results of the first elections.

Incumbent President Alexander Lukashenko is reportedly ahead of his rivals with 82 percent of the vote.