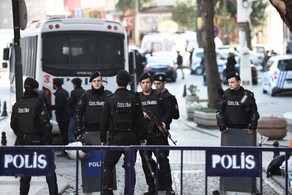 Car bomb attack hit a police station building in the s.eastern Midyat district of Mardin province on Wednesday at around 11 a.m.

Ambulances were immediately dispatched to the area.

There was no immediate word of any casualties, but media reports suggest that many were wounded.

No one has claimed responsibility for the attack, but PKK terrorists regularly stage car bomb attacks on police and security forces.