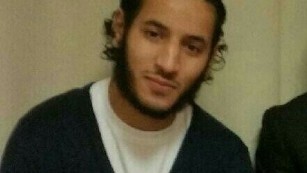 The man who killed a police commander and his romantic partner in Magnanville, France, on Monday night threatened the Euro 2016 soccer championship in a Facebook video posted from the scene, a police source told CNN.

Larossi Abballa was a 25-year-old Islamic extremist convicted earlier for jihadist activities and who was under investigation by French authorities.

An edited version of the Facebook video was disseminated on the ISIS-affiliated website A'maq in which the attacker threatens that Euro 2016 would "be like a cemetery."

The video showed Abballa smiling eerily after making the threat. He admitted to killing the police commander, Jean-Baptiste Salvaing, and Jessica Schneider, a civil servant who worked at a local police station.

The attacker pledged allegiance to the leader of ISIS and made a call for Muslims to carry out jihad on so-called infidels.

"Pledging allegiance to my emir, Abu Bakr al-Baghdadi, my first words are for the Muslim community: What happened to you? What kind of sentence did you receive? How did you get to this?" he asked.

The original Facebook video also showed the couple's 3-year-old son, a source close to the French investigation told CNN, although the attacker's Facebook page and original video have since been removed. A SWAT team was able to rescue the boy, the French Interior Ministry said.