"Security cooperation is at high level" 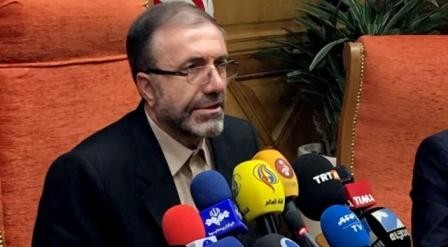 There is no problem along Iranian-Azerbaijani border, the security cooperation between the two countries is at the high level, Iranian Deputy Interior Minister for Security Affairs Hossein Zolfaqari told APA’s Tehran bureau.


Zolfaqari touched on recent clashes with terrorists in the northwest Iran. “Security has been fully ensured in that region. Several clashes occurred with armed members of the terrorist group along the border. Some of the terrorists were killed,” he said.


Zolfaqari said that a large number of Afghan citizens settled in Iran. “Despite the fact that we deported most of the illegal immigrants last year, there is still influx of Afghan citizens to our country. Experience shows that when you receive 1 million migrants legally, so many people enter the country illegally. The Afghan government must be responsible in such cases and prevent immigration of its citizens. The United Nations should increase assistance to Iran in this field, because current aids don’t meet the costs,” he added.