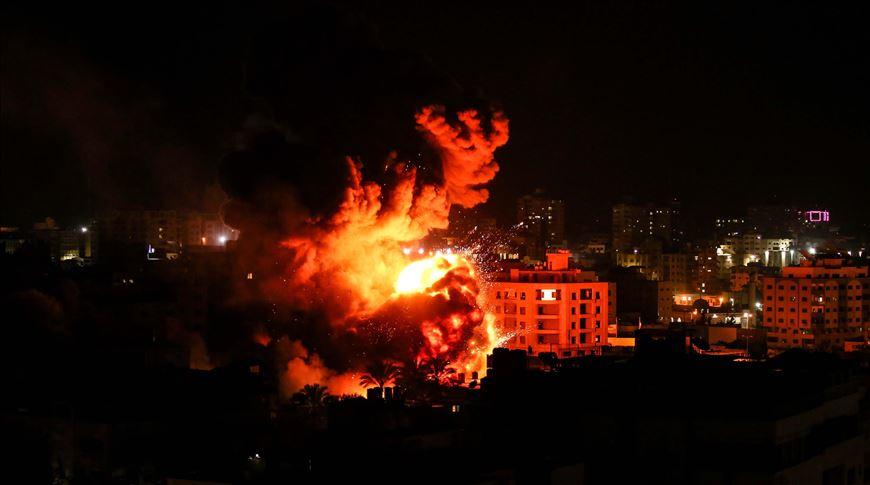 Axar.az reports citing foreign media that explosions rocked the city from north to south for 10 minutes in an attack that was heavier, on a wider area and lasted longer than a series of air raids 24 hours earlier in which 42 Palestinians were killed - the deadliest single attack in the latest round of violence between Israel and the Hamas militant group that rules Gaza. The earlier Israeli airstrikes flattened three buildings.

There were no immediate reports of injuries, and in the predawn darkness, there was little information on the extent of damage inflicted early Monday.