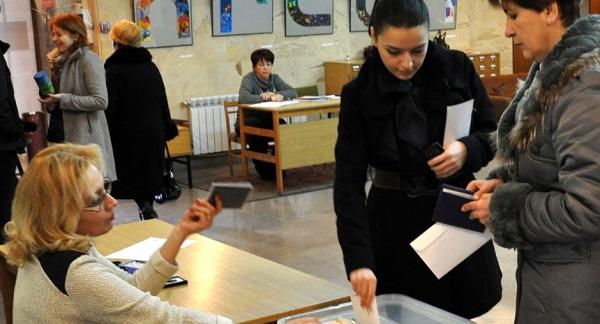 The early parliamentary elections in Armenia are experiencing a number of problems.

Axar.az reports that, long queues formed in the polling stations.

The agitation is due to the extension of the voting procedure.

First, voters go through the process of identification on a dual passport and fingerprint. Then they count him a package of 25 ballots (1 ballot for each party). The selected ballot paper should be placed in an envelope and a hologram should be affixed to it. Then the envelope is placed in the ballot box.

Some voters are seriously dissatisfied with the high expectations in the polling stations.

It should be noted that against the background of the internal socio-political crisis that has been going on in Armenia for several months, early parliamentary elections are being held today. 2,008 polling stations were opened in the country at 7:00 local time. Voting will end at 20:00 Baku time. There are 2,583,823 names on the voter lists.