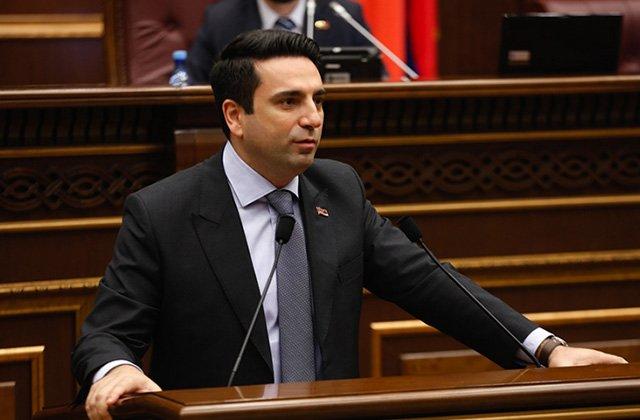 Alen Simonyan, a member of the Civil Contract Party, has been elected the new speaker of the Armenian parliament.

Axar.az reports that as a result of a secret ballot, all 71 members of the Civil Contract faction voted in favor of Simonyan.

The opposition did not take part in the vote. They left the hall in protest and said that their candidate for speaker was in custody.