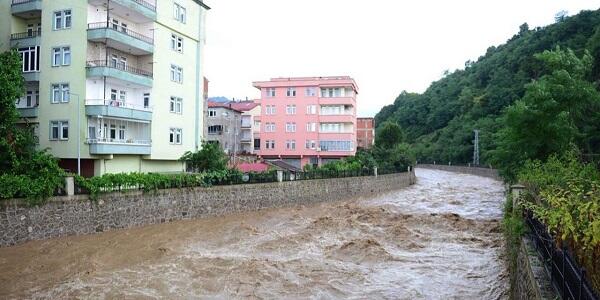 Two people died as a result of heavy floods in the Turkish city of Kastamonu.

Axar.az informs this was reported by AFAD.

It should be noted that heavy rains began on August 11 in the Turkish cities of Sinop, Bartin and Kastamonu.

The death toll from floods in Turkey's Black Sea province of Kastamonu has risen to nine.

The statement came from the Turkish Emergency Management Agency.

One person is reported missing in Bartin.

More than 600 people were evacuated and about 300 settlements were left without electricity in the disaster zone. In the town of Bozgurd in Kastamonu province, several high-rise buildings collapsed due to flooding, and rescuers are working on the rubble.

The number of people killed in floods in Turkey has reached 11.

One person is reported missing.

The search is underway.