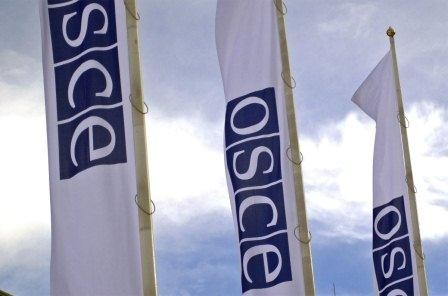 The delegation includes MP Azay Guliyev, who is also a member of the OSCE PA Bureau and deputy chairman of the Committee on Political Affairs and Security, as well as other MPs Ulviyya Aghayeva, Kamran Nabizade, Elshad Hasanov and Tahir Mirkishili, the Azerbaijani parliament told APA on Tuesday.

Reports on the activities of the special committees and special representatives, as well as the observation of the elections will be heard, and a number of organizing issues will be considered.

The 15th winter meeting of the OSCE PA will start with joint session of the three General Committees. Reports by the Secretary General of the OSCE, Ambassador Lamberto Zannier and OSCE PA Special Representative on Gender Issues, Dr. Hedy Fry will be heard and discussed. The Joint Session of the three General Committees will focus on the special debate on “The migrant and refugee crisis in the OSCE area”.

A special debate on “Transnational Security in the OSCE Area: Confronting Terrorism" will be held at the meeting of the General Committee on Political Affairs and Security.

The General Committee on Democracy, Human Rights and Humanitarian Questions will focus on the human rights of migrants and refugees. General Committee on Economic Affairs, Science, Technology and Environment will hold a debate on "Migration management: opportunities and challenges to the economy in the OSCE region".

Azerbaijan's delegation to the OSCE PA will take an active part in all meetings within the session and express the country’s position during the debates.