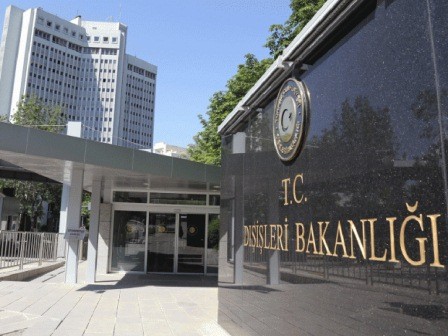 Russia’s President Vladimir Putin has recently signed a decree adjusting special measures with regard to Turkey.

Turkish Foreign Minister held a bilateral meeting with his Russian counterpart Sergey Lavrov July 1 on the sidelines of a meeting of the Council of Foreign Ministers of Member States of the Black Sea Economic Cooperation Organization (BSEC) in Russian city of Sochi.

This is the first meeting of the two countries’ foreign ministers after the deterioration of relations between Russia and Turkey.

The relations between Russia and Turkey deteriorated after the Su-24 bomber incident. Following the incident, Russia's President Vladimir Putin signed a decree on taking measures for ensuring the country's national security and special economic measures against Turkey.

Putin informed his country’s Cabinet of Ministers that after receiving a letter from Erdogan June 27, it was decided to start the process of normalization of relations with Ankara.

Erdogan sent a letter of condolences to Putin June 27 over the death of Russian Su-24 pilot and expressed regret over the incident.