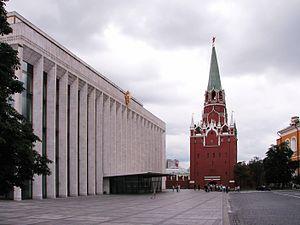 Moscow rejects all allegations of Russia’s involvement in presumed acoustic attacks against US diplomats that are been referred to as the "Havana Syndrome", Kremlin spokesman Dmitry Peskov said on Thursday, adding that Central Intelligence Agency (CIA) Director William Burns did not raise this issue in Moscow.

Axar.az reports this comes after on Wednesday, Burns reportedly warned Russia about the consequences if the country is linked to presumed acoustic attacks known as the "Havana Syndrome".

US diplomats were first diagnosed with Havana Syndrome in Cuba in 2016 and then in China in 2018. The diplomats stated they experienced piercing sounds that have caused longer-term health effects. US diplomats in Russia, Tajikistan, Austria and in several African countries have also reported experiencing Havana Syndrome symptoms, including nausea and dizziness.