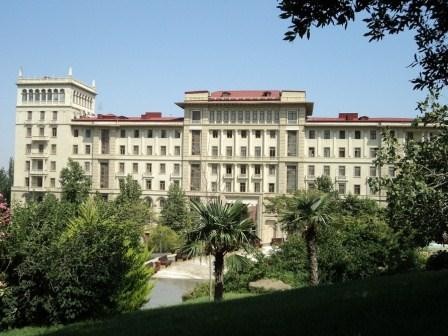 Rasizade hailed “historic and fraternal” relations between the two countries, and underlined the existing potential for deepening the bilateral ties. He applauded the role of the joint commission in building cooperation in a number of fields of economy, including agriculture, energy, transportation and tourism.

The Ukrainian Deputy Premier said his country attached special attention to development of relations with Azerbaijan. He highlighted the results of the first meeting of Azerbaijan-Ukraine Intergovernmental Commission held in Baku and decisions adopted at the event. Zubko expressed confidence that cooperation and exchange of experience between the two countries would be “beneficial” for both states.

Premier Rasizade also spoke of Armenia`s aggression against Azerbaijan and “heavy” consequences of the Armenian-Azerbaijani Nagorno-Karabakh conflict for the whole region.