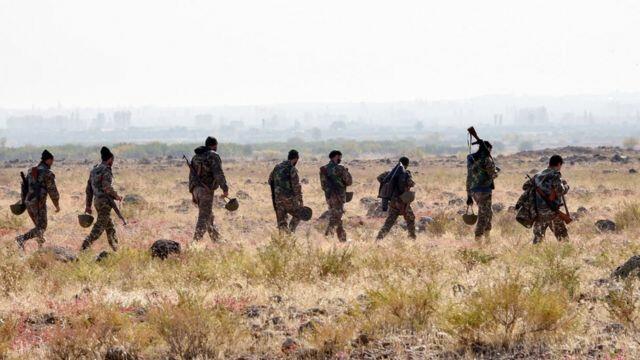 The implementation of the "order" given by Araik Arutyunyan, who considers himself the head of separatists and illegal armed groups in the Karabakh region of Azerbaijan, on partial mobilization has been suspended.

Axar.az reports that the Armenian media has published information about this.

It was reported that A. Arutunyan cancelled the execution of the "decree" he signed on mobilization today.

It should be noted that as a result of the retaliatory operation "Revenge" carried out by the Azerbaijani Army on August 3, the Kyrgyz hill, as well as Saribaba along the Karabakh ridge of the Lesser Caucasus mountain range and a number of other important commanding heights were taken under control.