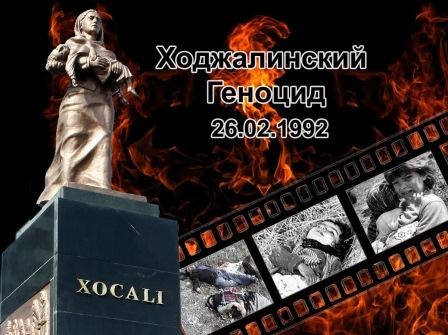 The Azerbaijani Embassy in China hosted a commemorative event to mark the 24th anniversary of Khojaly tragedy.

The event was attended by representatives of the local society and Azerbaijanis living in China and started with a one-minute-silence in memory of the Khojaly victims.

Ambassador Latif Gandilov briefed the event participants on the history of the tragedy.

“The Armenian military forces committed genocide in Khojaly on February 26, 1992. Some 613 people were killed, including 63 children, 106 women and 70 old men. A total of 1,000 civilians were disabled during the genocide. Eight families were annihilated, 130 children lost one parent, and 25 lost both. Additionally, 1,275 peaceful residents were taken hostage, while the fate of 150 remains unknown.”

The participants watched a documentary on the Khojaly massacre.