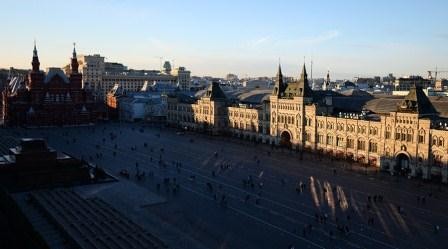 Visitors of the shopping mall "Gagarin" in Moscow were evacuated after bomb threat was received, a source in the capital's emergency service told RIA Novosti.

The shopping mall "Gagarin" is located in the southern administrative district of the Russian capital.


"Visitors and staff of the shopping center "Gagarin" were evacuated after an anonymous bomb threat message was received," the source said.