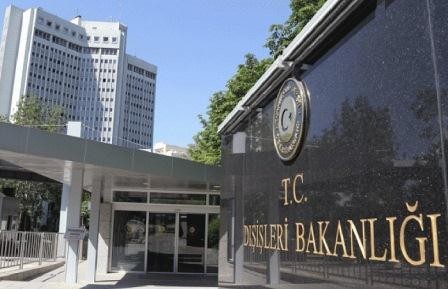 Turkish Ministry of Foreign Affairs has distributed a written statement in connection with Khojaly genocide committed on February 26, 1992 by Armenia.

"We share the grief of the fraternal Azerbaijani people, which has been attacked 24 years ago in Khojaly. We condemn the genocide committed by Armenia and the occupation of Azerbaijani territories as well", said in the state.

Some 613 people were killed, 1,000 civilians of different age became invalid as a result of bullet wounds during the Khojaly genocide. About 106 women, 63 children, 70 old men were killed. Eight families were completely annihilated, 130 children lost one parent, while 25 both lost both parents. 1,275 civilians were taken hostages, while the fate of 150 of them is still unknown.