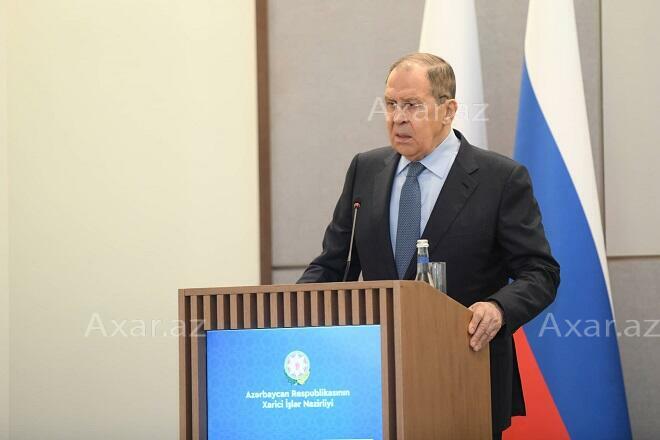 Preparations are underway for a new meeting of the "3+3" platform on the South Caucasus.

"We also talked about the activities of the consultative regional platform. I mean the three South Caucasus republics and their three neighbors - Russia, Iran and Turkiye. This was the initiative of the President of Azerbaijan, and the first meeting took place. Now we are preparing the next such event, agreeing on the specific date and agenda", S. Lavrov said.

The minister added that the date of the meeting is currently being agreed upon.

It should be recalled that the previous meeting of the platform was held in December 2021. Azerbaijan, Armenia, Iran, Russia and Turkiye participated in the meeting. Georgia refused to join the platform.