Sargsyan will have to return the territories to Azerbaijan 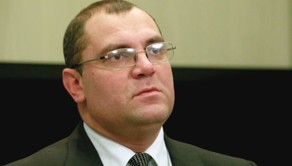 Official position of Russia is closer to Azerbaijan than the Armenian side in the Nagorno-Karabakh conflict.

Alexei Fenenko, the expert of the Russian club Valdai, a leading researcher at the Institute of International Security Problems of Russian Academy of Sciences (RAS), associate professor of the World Politics Faculty at the Lomonosov Moscow State University said in his interview with Russian radio station 'Mediametrics'.

"The official position of Russia is closer to Azerbaijan than the Armenian side. Russia's position has three points. First, we recognize the territorial integrity of Azerbaijan and recognize that officially Nagorno-Karabakh is a part of Azerbaijan. Second, we are opposed to a military solution to the problem. Third, none guarantees of Russia and the CSTO provided for Armenia shall not apply with respect to Karabakh. It's enough to read the statements of the Russian Foreign Ministry to understand it", said the Russian expert.

According to him, dissatisfaction with Sargsyan is growing in Moscow. "But if we exert a constant pressure on Armenia, Armenia will just explode, and we will face with another anti-Russian state", he said.

He noted that the sharp deterioration of the situation in the zone of the Nagorno-Karabakh conflict in April, finally buried the Madrid principles on the conflict settlement and clearly demonstrated the power of the Azerbaijani Army.

"Azerbaijan has demonstrated that the outcome of the war not a foregone conclusion as it seemed to many in Armenia all these years. Moreover, Azerbaijan has shown that it can break through the real front in the event of the outbreak of hostilities and take the war deeper in Karabakh", he said.

Russian expert expressed the opinion that Moscow has a greater pressure on Armenia than Azerbaijan.

"Armenian President Serzh Sargsyan will have to return to Azerbaijan the regions surrounding Nagorno Karabakh", said the analyst.

Commenting on the issue that why the details of talks on the Karabakh conflict settlement are held in the strictest confidence, A.Fenenko noted that they in Russia are very afraid of "hot heads in Armenia."

He pointed out that the authorities of Russia are also afraid of the public discontent in Russia, which may accuse the Kremlin of passing another ally. "Therefore, any specifics could blow up the situation", the expert pointed out.