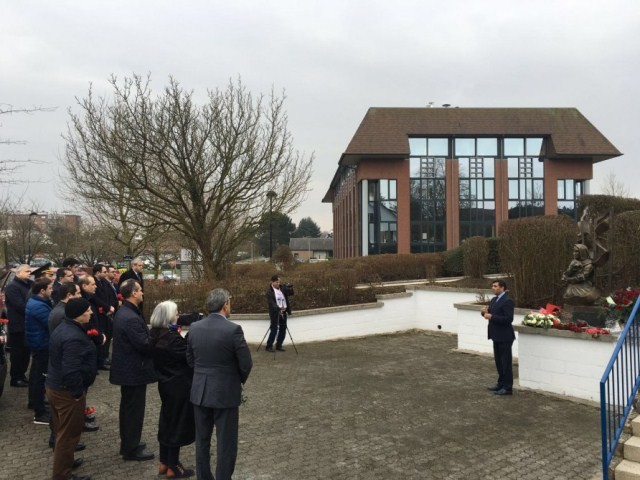 An event commemorating the 24th anniversary of the Khojaly tragedy has been held in Brussels, Belgium.

The event brought together employees of Azerbaijan`s Embassy to Belgium and the country`s representation in NATO, as well as officials of Azerbaijani-Belgian Friendship Society, members of Azerbaijani diaspora organizations.

Head of the Azerbaijani Mission to NATO, Ambassador Khazar Ibrahim briefed the event participants on the Khojaly massacre which had been perpetrated by Armenian armed forces.