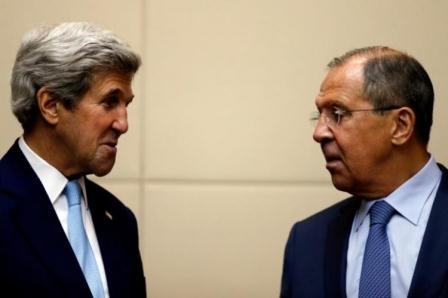 It said the phone call had taken place at Washington's initiative and was focused on the situation in Aleppo and on discussing how best to implement the deal which Moscow said had been reached during a visit by Kerry to Moscow in July.


Kerry said after those marathon talks last month that Washington and Moscow had reached a common understanding on the steps now needed to get Syria's troubled peace process back on track.


Russian news agencies on Monday quoted Defence Minister Sergei Shoigu as saying that Russia and the United States were close to starting joint military action against militants in Syria's Aleppo.

Five years into a Syrian civil war that has killed thousands and forced millions to flee their homes, Russia and the United States are the most influential outside players in the conflict, but the objectives they are pursuing diverge.


Russia backs Assad and is giving military help to his campaign against rebel fighters, while the United States believes the Syrian leader has to go and is supporting some of the rebel groups who are fighting to unseat him.