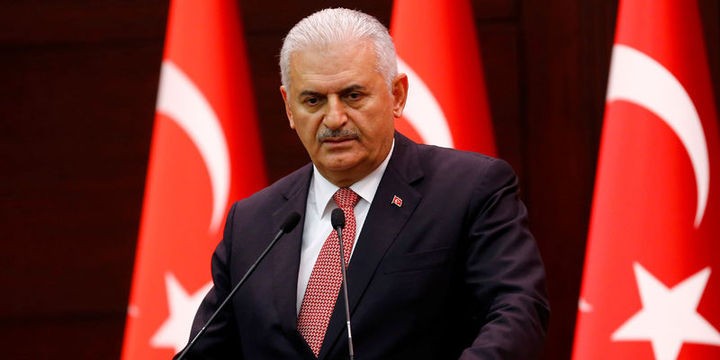 Turkish Prime Minister Binali Yildirim will visit Baku in October 2016 to attend the Congress of the Association of Engineers and Architects of Turkic World.

This was announced Aug. 25 at a meeting held in Baku between President of Azerbaijan’s state oil company SOCAR Rovnag Abdullayev and head of the Turkiye Petrolleri company’s office Saliha Dundar.

The congress will be held October 16-21.

This congress will be dedicated to the blessed memory of the national leader of Azerbaijani people Heydar Aliyev, according to the message by SOCAR. Megaprojects in the fields of energy and transport will become the main topic of the congress.

At the end of the meeting, Saliha Dundar handed over an invitation to Rovnag Abdullayev on behalf of Secretary General of the Association of Engineers and Architects of Turkic World Ilyas Demirci.