The terrorists were killed in Turkey (Video) 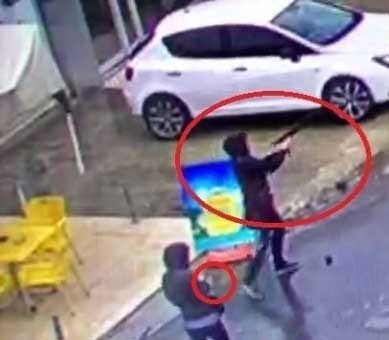 Istanbul’s governor has said two police officers were injured amid a gun and grenade attack in the city on Thursday morning.

One police officer was injured in the initial attack in the Bayrampasa district; the second was wounded as police pursued the assailants.

Sahin said the attack was carried out by the two women at 9.45 a.m. [0745GMT], adding that the terrorists were killed later.

The two injured officers are in a stable condition, the governor added.

The attackers had taken refuge in a building after the daylight assault on police.

Two females shot at a passing police transport and threw grenades at the entrance to a Riot Police Directorate building before officers responded.

Security footage showed one of the attackers throwing a hand grenade at a passing police bus but the device failed to explode.

The two attackers could also be seen firing weapons at a police checkpoint at the entrance of the building.


After a short shootout, the pair fled the scene. Witnesses said that one of the assailants was wounded.

The attackers were trapped in a building after the pursui