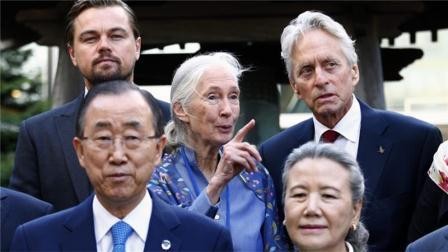 World leaders are arriving at the United Nations headquarters for an annual confab with hopes of addressing everything from superbugs to climate change and a global anti-poverty drive that is already faltering in its first year.

Presidents, diplomats and their delegations must also broach impromptu items, such as North Korea's recent nuclear test. A US air raid that allegedly killed at least 62 Syrian government soldiers on Saturday threatens a fragile truce in that country and sparked fresh rows at the UN.

On top of that, the US, Russia, China and other UN heavyweights must see beyond their differences and agree on who will run the world body once the incumbent, Ban Ki-moon, steps down at the end of the year.

On Monday, the UN will host a summit for refugees and migrants that may have already failed - countries refused to commit themselves to a UN target of resettling 10 percent of refugees each year.
The outcome is a "watered-down version of what we had hoped for", Erol Kekic, from the refugee aid group Church World Service, told Al Jazeera, adding that denying hope to the world's 21 million refugees was "irresponsible and frankly dangerous".

A separate meeting on refugees, to be hosted by US President Barack Obama on Tuesday, will likely gain more traction, not least because any leader showing up must come bearing gifts. Guests will be giving cash, letting more refugees into their countries or helping them find jobs.

Obama's presence raises a question all of its own. His internationalism has buoyed UN meetings over the past eight years, but he leaves office in January and US voters have yet to decide who will replace him.

On Wednesday, leaders will be asked to ratify a climate change deal agreed in Paris in December - pushing it closer to the 55 ratifying states, covering at least 55 percent of global emissions, needed before it comes into force.

UN officials say that deal could be sealed by early 2017.

Also on Wednesday, the UN will launch a scheme to combat antibiotics-resistant bugs. Convincing the world's farmers to stop using the drugs to fatten livestock is top of a list of challenges, health expert Laurie Garrett told.

In all, the UN expects some 140 world leaders to show up for a gruelling, diplomatic marathon that plays out over two weeks. Diplomats have booked out rooms for 11,000 private, bilateral sit-downs and 545 larger meetings.

The Democratic presidential candidate in the US election, Hillary Clinton will also be in town, burnishing her foreign policy credentials by meeting the presidents of Egypt, Abdel-Fattah el-Sisi, and Ukraine, Petro Poroshenko.

But, for the UN, the big 2016 General Assembly theme is the set of environmental and anti-poverty targets that were agreed last year by all 193 members, with the headline ambitions of ending poverty and hunger everywhere by 2030.

The so-called Sustainable Development Goals (SDGs) are a blueprint for global development, with 17 goals broken down into 169 smaller targets on everything from gender equality to clean energy and making governments play by their own rules.

They are the focus of the General Debate, which begins on Tuesday.

David Nabarro, the UN's point man on the SDGs, described "enormous strides" this year. At least 50 governments have started work on the goals, often by gathering data to make plans. Businesspeople, scientists, charity bosses and city mayors are also getting on board, he added.

Samar Samir Mezghanni, a Tunisian campaigner for development who travelled to New York to call for rapid action, told that it was vital the goals got worldwide support.
"Everyone on the planet should support the SDGs as everyone feels the malaise or pain that global society is going through with its environmental, political and social challenges," the 28-year-old told.

In the Middle East, the SDGs' targets for institution-building and justice could answer the calls for reform made during the Arab Spring uprisings, she said.

"We can't wait till 2030 to re-establish trust between people and their leaders," Mezghanni added.

The first SDGs progress report in July pointed to 800 million people in extreme hunger and poverty globally, 59 million out-of-school children and 2.4 billion people without access to clean water or a decent bathroom.

UN officials now warn that the target of having primary and secondary school places for all boys and girls globally will not be achieved until 2084, far behind deadline. Only a six-fold funding boost can get progress back on track.

"With no school places, young people will fall prey to extremist factions determined to exploit their discontents and assert that coexistence between the religions of the world is impossible," he wrote in an article.

Healthcare is tricky too. This month, Kenyan President Uhuru Kenyatta blogged about African countries not being able to make more progress against such killers as Aids, malaria and tuberculosis without more cash.

The cost of delivering a sustainable planet is estimated at $3 trillion - yet nobody has straight answer on how government revenues, aid, private finance, lending bodies and remittances from migrants will reach that sum.
Supporters of the one-year-old SDGs say they can radically improve the world. Critics say there are too many goals, the targets are difficult to measure, and rich countries are still not serious enough about letting poor countries advance.

According to Kenneth Conca, an adviser to the UN Environment Programme, the SDGs are a "broad and complicated agenda that almost looks like everyone tossed their favourite concern into the pie".

For Derrick Cogburn, an expert on disabilities at the American University, the vast range of targets has left development workers bamboozled, cherry-picking the goals they can muster "sustained engaged activity around".

There are optimists too. John McArthur, a former UN official and now a Brookings Institution analyst, said he grabbed his forehead when he was first confronted with an SDG agenda that lumped all global challenges together.

"Ultimately, in a world of seven billion people, there's a lot to unpack," McArthur told . "These common collective processes are hard and come with no guarantees. But, the question is: 'What's the alternative? ’'And, very often, there isn't a better one".