The organization of defense was inspected in forefront 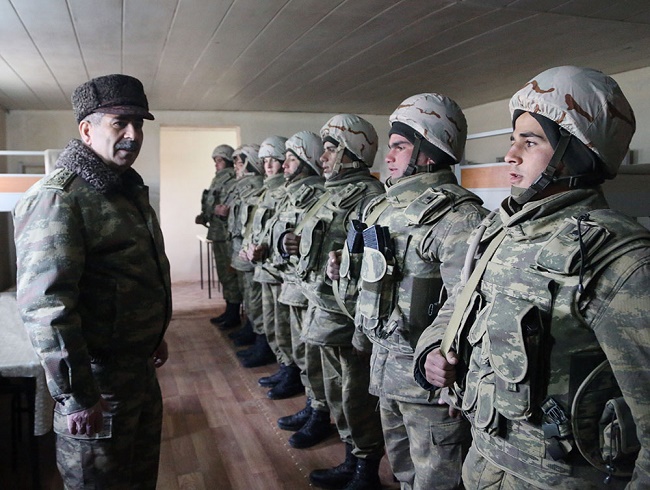 Within the scope of the continued visit to the frontline zone, the leadership of the Ministry of Defense has checked the organization of defense in units directly deployed in the forefront.

Minister of Defense Colonel General Zakir Hasanov visited the command and observation post of one of the units. The Minister was informed about the operation of the system, which carries out constant and continuous observation of the enemy with the use of modern devices, its connection with the fire system, as well as the improvement of engineering obstacles.

Congratulating on the holiday the military personnel, who are on combat duty in the trenches, the minister, recalling the faithful service to the homeland, the people, the state as a holy duty, said that they must always be ready for battle for the liberation of our occupied territories.