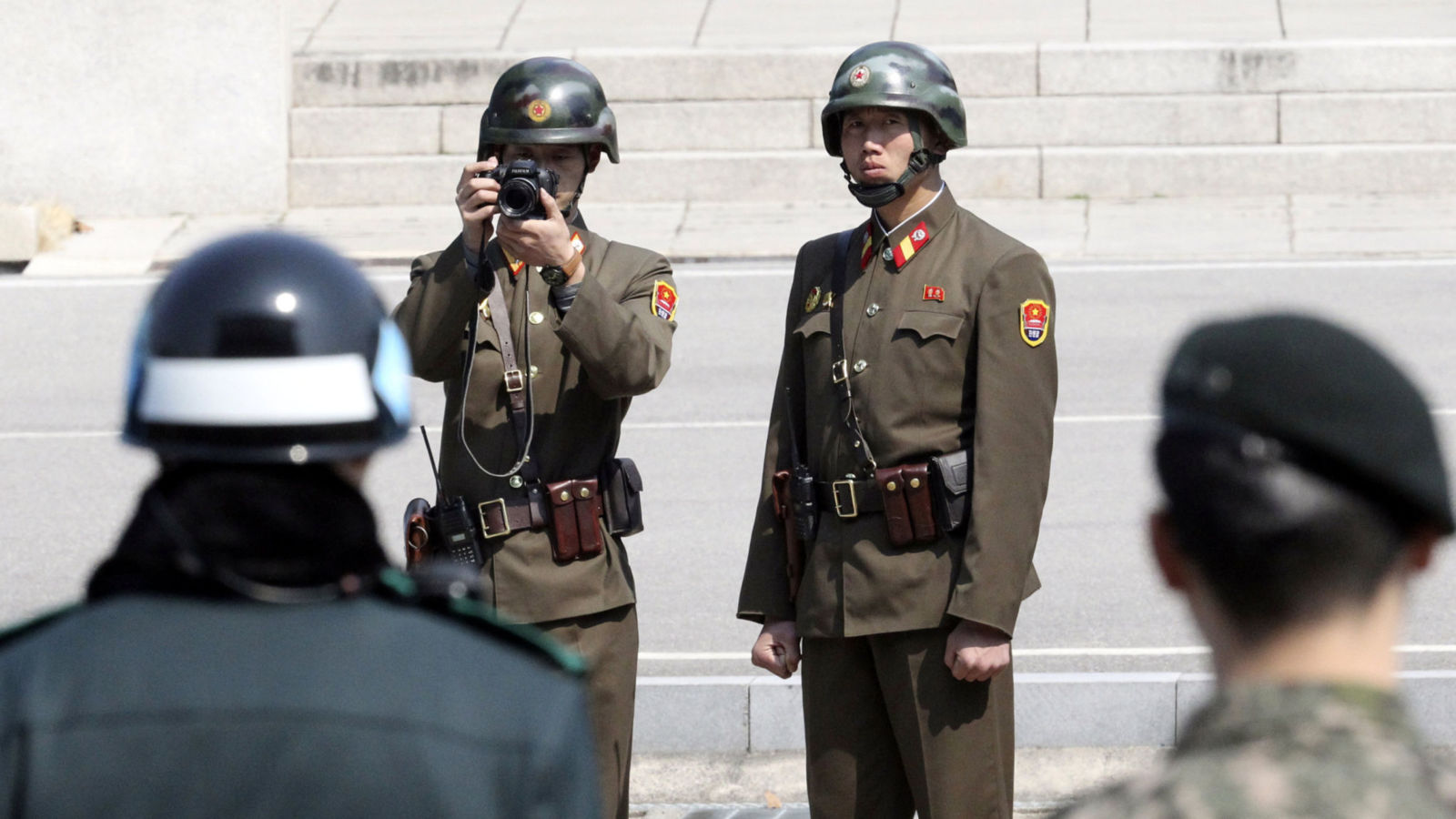 North Korea has accused the South of firing 450 machine gun rounds at a flock of birds flying over the Demilitarized Zone between the two countries.

Military officials in Seoul initially suggested the object they attacked on Tuesday was a drone being piloted by their communist neighbours.

They later said it was actually balloons carrying propaganda leaflets.

But North Korea has now claimed the South was "caught by mental derangement" and "confrontation hysteria", unleashing its storm of bullets at an innocent "flock of birds flying in the sky".

The Demilitarized Zone is a heavily mined and fortified strip of land - with rival troops often metres apart - that runs along the countries' 160-mile border.

The North's news agency, KCNA, described it as "the most acute hotspot where huge troops of both sides constantly level their guns at each other".

Both sides often use balloons to fly leaflets over the border - and the South is standing by its conclusion that was the case on Tuesday.

The incident comes as tensions remain high over a series of rocket tests by the North.

Western powers and the country's neighbours have strongly condemned the tests, only for Kim Jong Un's regime to counter with threats of nuclear annihilation.