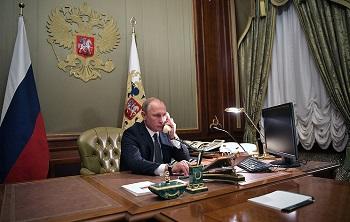 Earlier, US Secretary of State Mike Pompeo stated that the United States would suspend its obligations under the INF Treaty on Saturday and begin a six-month withdrawal process.

The president added that Washington has already violated the INF agreement.

This follows US Secretary of State Mike Pompeo's announcement, made earlier in the day, that the United States would suspend its obligations under the INF Treaty on Saturday and would initiate a six-month withdrawal process. The United States has repeatedly claimed that Russia's 9M729 missile violates the INF treaty which bans missiles with ranges between 500 and 5,500 km. Moscow, in turn, has denied the allegations citing lack of proof.