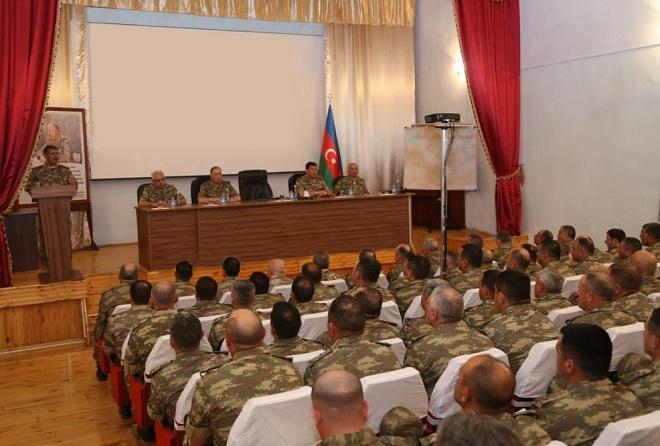 An official meeting on the results of large-scale operational-tactical exercises was held under the leadership of the Minister of Defense, Colonel General Zakir Hasanov.

After analyzing the results of large-scale exercises held according to the plan approved by the Supreme Commander-in-Chief of the Armed Forces, Mr. Ilham Aliyev, which were held at night, the Minister of Defense noted that the tasks were successfully completed. The Minister, emphasizing the significance of the exercises, brought to the commanding staff the relevant tasks assigned by the Supreme Commander-in-Chief to the Azerbaijan Army.

Colonel General Z. Hasanov referring to the current military-political situation in the region emphasized that the internal political confrontations taking place in Armenia may cause an aggravation of the situation on the line of contact of troops. The Minister of Defense instructed the troops to suppress the large-scale provocations of the enemy immediately with the use of weapons they have in the armament.