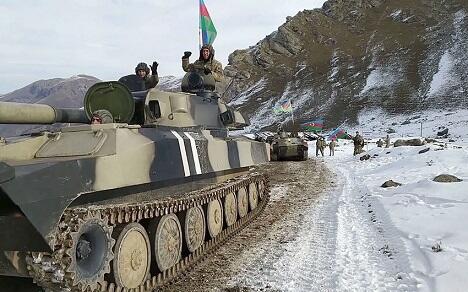 Axar.az reports citing MoD that Armenian military units launched a surprise military operation at around 11:00 on November 16 in order to seize the heights in this direction of the state border and gain more favourable positions by gaining military superiority.

In order to prevent the combat activity of the Armenian armed forces, the units and forces located in the direction of Kalbajar and Lachin immediately carried out an urgent operation. Initially, the movement of the opposite side was restricted, its forces and means were damaged. As a result of the decisive measures taken, the Armenian servicemen were disarmed and detained, a large number of weapons of various calibres and a large amount of ammunition were seized.