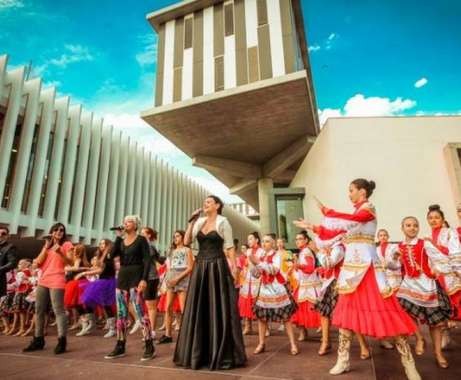 Students of the Baku Music Academy named after Uzeir Hajibeyli have successfully performed at International contest “SEA, SUN, FESTIVAL” in Barcelona , Spain. The festival was attended by representatives of thirteen countries.

Javid Azizov, the student of honored Azerbaijani teacher Nazakat Rimasi won in the category "Instrumental solo" in the age group of 20-25 years. The second place was taken by Vusal Aydemirov, the student of another famous teacher Ogtay Abbasguliyev.

Vusal Aydemirov together with Javid Azizov (student of professor Narmina Guliyeva) has took the third place in the nomination "Ensemble".

International contest “SEA, SUN, FESTIVAL” is a festival contest of various genres which corresponds to its name as the participants find themselves on the warm coast of the Mediterranean sea, under the hot Spanish sun, and, of course, beautiful happy days of the competition. The jury of the contest is formed of the most important choreographers and cultural workers of Spain, France, Canada and other countries of the Eastern Europe and Asia. International jury is formed by the contest’s providers. Participation in the gala concert isn’t guaranteed for everyone and is confirmed due to the results of the previous shows according to the consolidated legislative decision of the contest providers and the judges.