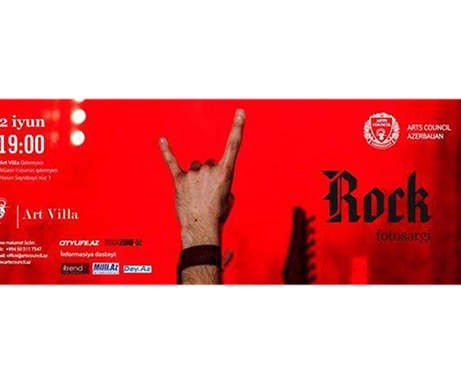 "Rock!" is a joint project of famous photographers Rustam Guseynov and Tofig Rashidov devoted to Azerbaijani rock music, a unique musical and social phenomenon that played a major role in the formation of the modern musical and social culture.

The exhibition will feature photos of members of the rock community, musicians who played a huge role in the rock life of the country.

The event is expected to begin at 19:00. The entrance is free.

Later 80s saw emergence of many bands led to establishment of Baku Youth Modern Music Center. "Rock Panorama 2" festival was held in 1989, which was larger than its predecessor.

The spiritual strength and incredible energy of rock music led to the emergency of the festival "Rock Panorama" in 1988.

After the collapse of the Soviet Union, the rock audience started slowly to grow in Azerbaijan.

Sumgayit city was considered the main regional driving force behind the rock bands of the 1990s.