A great letter from an Azerbaijani writer to Tolstoy 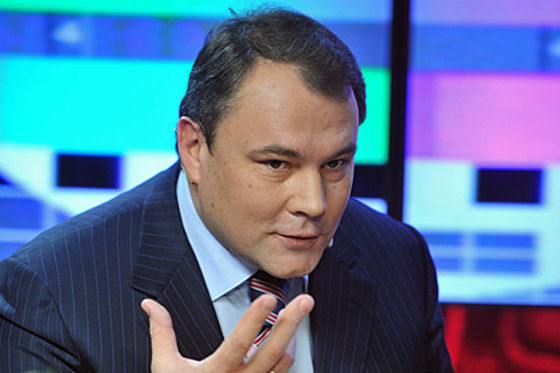 I saw your statement threatening Azerbaijan. "If a hair on the heads of our peacekeepers will be lost in Karabakh, incidents that Saakashvili did not dream of will take place there. We did not take Tbilisi then, but this time everything will be worse. Russia is able to protect itself and its friends," by saying this you made rather a non-political statement with a focus of occupation reflecting aggression on the territory of another state

I would like to bring to your attention that this threat will never be erased from our memory at a time when after 30 years the sons of Azerbaijan sacrificed their lives and shed blood to liberate our lands occupied by Armenia, once again demonstrated the strength and identity of Azerbaijan and the far-reaching self-confidence of our people.

Pyotr Olegovich, first of all, I would like to bring to your attention that the people of Azerbaijan do not betray the trust, it seems that you are confusing us with the Armenians whom you defended from death. "The word of a Turk is equal to the signature of a Russian," said not by our historians and thinkers, but by Russian historians. Please read your history carefully. If the peacekeepers you have sent to Azerbaijan know their true responsibilities and will only deal with peacekeeping, you should not worry about them.

Your leader, Mr. Vladimir Putin, has repeatedly said that if you test the blood of any Russian, you will see that one in three people have Turkish blood. Do you doubt the words of your President?

Are you aware that by threatening us, you are hurting the Tatars, Bashkirs, Yakuts, Altai ... who are the subjects and true citizens of your great empire? Aren't you cautious that your words will irritate them in the end? As a vice-speaker of the Duma, do you not realize how dangerous your political activity can be when you hurt the Turkic people, who have made a great contribution to the existence of the Russian state?

Russia, as a great power, a superpower, has always been an important factor in the fate of the world and nations. But think for yourself: In the example of Donbas, Transnistria, South Ossetia, and Abkhazia, Azerbaijan (I do not write Karabakh anymore, because I hope we have finished this problem) ... how far does Russia want to go with numerous conflicts and problems? Do the politicians like you who speak threatening language with their neighbors, in Russia, a country with a population of 150 million, a rapidly changing ethnic composition, and a declining population growth rate, understand that, you are turning these countries against your state?

Of course, Russia must protect its interests as a great power. After all, why does Russia's protection of its interests cause its neighbors to flee to Europe, NATO, the European Union, and the United States? Why does Russia lose its close neighbors, being together for hundreds of years, one after another to its biggest rival? Why do Ukrainians, Georgians, and even Armenians, whom you transferred and settled in our lands and for whom you established a state by dividing our land and giving it to them, want to run away from you?

Why are such centrifugal tendencies increasing rapidly in your subjects?

After all, why does this beautiful, great Russia alienate everyone instead of attracting its close neighbors and being the center of attraction?

Why does Russia use the factor of force every time to keep its neighbors in its sphere of influence? How long will your foreign policy be ruled by force?

Do you remember that Amir Teymur told the sheiks and "political propagandists" of that time that how long I would win by beheading and shedding blood? What happened to the grace of your words?

The Russian leader will say the same thing to you one day, maybe he already says it. With these threats, you only hurt the dignity of your neighbors and humiliate them. Even the most ardent ideologues of empires have always advised members of the empire not to humiliate people because people forget the sword wounds they received on battlegrounds when they occupied their territory, but never forget the insults and seek revenge at the first opportunity.

Don't you really foresee the consequences?

Which empire has lived for hundreds of years using power and threats? Even if an empire as loyal as the USSR did not last 70 years, why do you insist on questioning Russia's future?

Why don't you want to turn Russia into a center that neighboring nations love and aspire to?

You have everything for this: a beautiful Russian people, a large territory, power, economic opportunities ... But you destroy all this by humiliating your neighbors and creating hatred in them.

Look at the Ukrainians, look at the Georgians - how do they treat you? Have you ever wondered why Ukraine wanted to break away from you? Why don't Ukrainians want to be with their brothers?

Pyotr Olegovich, sincerely admit that the Turkic countries are among the nations that Russia does not see betrayal and hatred among the states around it. Yes, 5 Turkish countries around you ...

But from whom did Russia get the most betrayal? From the Armenians who were transferred to the Caucasus in 1828 and for whom it first established a state with 9,000 and then with 29,000 square kilometers with the capital city of Yerevan. Even the Armenians had a desire to build a "second state" in the Caucasus - with a population of only 130,000, but at the expense of Azerbaijani lands.

Today you hate us because of Armenians, but you do not want to see how Armenians betrayed you. However, these Armenians have coveted your lands, they even claim Krasnodar. Believe me, just as they ran into Soros's arms when you stumbled for the first time, they will build a "second Armenian state" in Krasnodar when you stumble for the second time ...

Pyotr Olegovich, these words, which I have summarized in your person, are addressed to anyone who insults and humiliates his neighbors and tries to create hatred towards Russia in them.

Believe me, your statements and words are not in Russia's interests at all, but they are like an ax at Russia's future. Especially, at a time when the whole world, including the United States, is there coming at you with big sanctions to overthrow Russia.

I'm sure you understand what I mean.

With great respect to the Russian people and Russian thinkers,