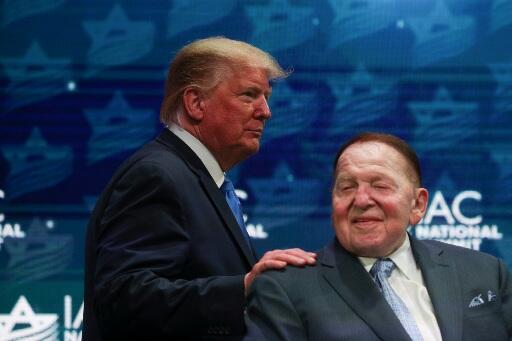 Billionaire casino magnate Sheldon Adelson, whose gambling and hotel businesses turned him into a major political power broker in the US and Israel, has died. He was 87.

Axar.az reports that the founder of the Las Vegas Sands casino company, Mr. Adelson was known for his support of conservative causes and Israel.

He was a significant backer of US President Donald Trump and Israeli Prime Minister Benjamin Netanyahu.

His death was caused by complications related to his treatment for non-Hodgkin's lymphoma, the Las Vegas Sands company said in a statement.

In a statement, former US president George W Bush said he mourned the passing of a "friend".

"He was an American patriot, a generous benefactor of charitable causes, and a strong supporter of Israel," Mr Bush said. "He will be missed by many - none more than his beloved family."