Azerbaijani film “Nabat” to be demonstrated 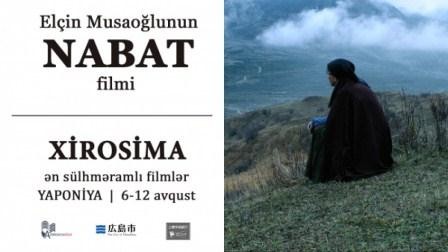 Current year, the commemorative events for the next anniversary of the nuclear bombardment of Hiroshima will include demonstration of films.

Six films of different years, produced in different countries, have been invited for participation in the 'War and Peace' international film program.

Azerbaijani film “Nabat” about Karabakh war, produced by film director Elchin Musaoglu have also been honored for participation among others.

The annual commemorative events in memory of nuclear bombing victims, who became the symbol of the world movement for peace, will be held at the Memorial Park of Peace in Hiroshima.

The events will be attended by relatives of the victims, representatives of state bodies, foreign guests, Hiroshima residents.

“Nabat” is a 2014 Azerbaijani drama film directed by Elchin Musaoglu. The story is set during the Karabakh War.