Emmy prize awarded in the US 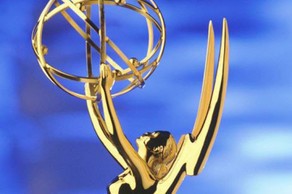 Emmy prize awarded in the United States of America.

TV fantasy saga Game Of Thrones had a record-breaking night at the Emmys, where the stars of The People v OJ Simpson: American Crime Story were honoured with a host of acting awards.

The Sky Atlantic fantasy was named best drama series and picked up gongs for outstanding writing and directing to become the most-awarded narrative show in Emmy history.

The show, based on George RR Martin's novels, took its tally to 38 Emmy wins, beating Frasier's record of 37.

This year's main nomination were also presented such television hits as "Downton Abbey," "Homeland" and "House of Cards".

The best comedy series recognized as "Vice President", a political satire about a female senator who becomes vice president.

The next episode of the popular TV series "Sherlock" - "Ugly Bride" - was awarded the prize for the best television film.

"Emmy" awarded annually since 1949 and considered the television equivalent of the "Oscar".