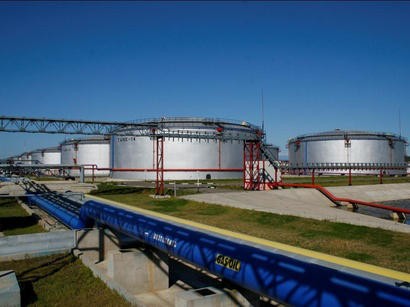 Construction of additional farms at the terminal started in 2015.

“The tank farm No.5 consists of six reservoirs with a total capacity of 60,000 cubic meters,” the message said. “The construction of this facility which is for the receipt, storage and loading of gasoil, naphtha, condensate, diesel fuel and aviation gasoline, is intended for export, as well as import of oil products to and from the Caspian Sea region.”

“The facility’s turnover of oil and oil products is estimated to be 1.500,000 million tons per year,” the message noted.