Istanbul to have one of world’s largest airports 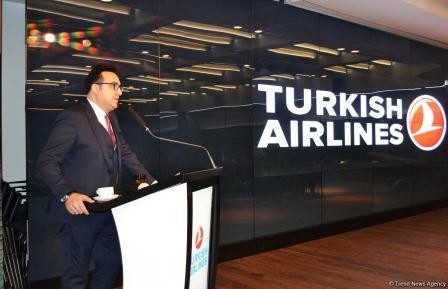 One of the world’s largest airports will be put into operation in Turkey’s Istanbul city in the second quarter of 2018, board head of Turkish Airlines Ilker Ayci told reporters in Istanbul.

The airport will have five runways and a fleet consisting of 550 aircraft. The passenger traffic is planned to be 90 million and up to 150 million at the first and second stages, respectively.

The new "smart airport" will be a high-tech and environmentally friendly airport.

The new airport will turn Istanbul into one of the largest transit air hubs in the world and approve the city as an important destination, said Ayci.

Currently, London Heathrow Airport is the largest one in Europe, followed by Paris Charles de Gaulle Airport, and Istanbul's Ataturk Airport, which has already left Frankfurt Airport behind, he added.

“We plan to outstrip Paris airport in the near future and will become the main rival to Heathrow Airport. This will happed within one of two years,” said Ayci.

He noted that Istanbul airport would outstrip the Charles de Gaulle Airport in terms of passenger traffic this year, if there were no the known events in Turkey.

“We will continue to rank third this year. We will rank second in a very short period and then we plan to become the most demanded airport and a contact point of Europe with the largest number of passengers,” added Ayci.