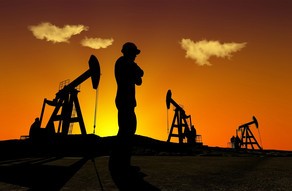 President of the company Rovnag Abdullayev and representatives of the company's management attended the event. Reviewing the base SOCAR President was informed that this facility is the first and deepest sea base, where project, construction and installation works have fully been carried out by the company during the years of independence.

Project of the base has been submitted by Oil and Gas Research and Design Institute, construction carried out by Oil and Gas Construction Trust. The base, which considered for drilling of 20 exploitation wells, is located in the eastern area of 'Guneshli' field and installed in 148 meters of depth of the sea.
It was noted that 2 new drilling rigs, meeting modern standards, will be used to carry out works in the base.