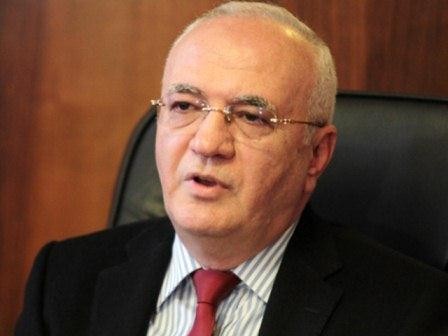 He said that such important projects as TANAP and Star refinery testify to the significance of the Azerbaijan-Turkey relations.

Star refinery is expected to be commissioned in the first quarter of 2018.

The annual naphtha production volume, used by Petkim as the main raw material, will hit 1.66 million tons at the Star refinery.

It is planned to refine Azeri Light, Kerkuk and URALS oil at the plant.

TANAP project envisages transportation of gas of Azerbaijan’s Shah Deniz field from Georgian-Turkish border to the western borders of Turkey.

Turkey will get gas in 2018 and after completing the construction of Trans-Adriatic Pipeline (TAP), it will be delivered to Europe in early 2020.

Currently, the shareholders of TANAP are: the State Oil Company of Azerbaijan (SOCAR) – 58 percent, Botas – 30 percent and BP – 12 percent.